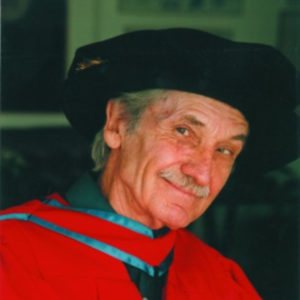 Cecil Edwin Frans Skotnes was a prominent South African artist. He was born in 1926 in East London.

In the mid 1950s Cecil accepted a post as the Cultural Recreation Officer at the “Non-Europeans Affairs Department” in Johannesburg. His major task in this position was to run the Polly Street Centre, which was concerned with both education and recreation for black adults and children. The centre hosted choirs and bands, there was boxing and judo and ballroom dancing. When he took this job, however, there was only one art student enrolled, yet today, as a result of his role in the Centre, Polly Street is almost only remembered as an art school. As the director of Polly Street, he travelled between the city and the townships where he facilitated many cultural activities. Much of his work happened after hours when adults were free from work to undertake leisure activities. While he carried out this work as part of his job, his own interest and ultimate aim was to develop Polly Street into a Centre where art was taken seriously and not just seen as a hobby. At the time there were no art schools to which blacks were permitted entrance and universities were not allowed to accept black students. Cecil wanted to create a place where he could train professionals and give talented young black adults a chance at a career in art.

1963 he succeeded Walter Battiss as the President of the SA Council of Artists and represented SA at the International Convention of Plastic Arts at UNESCO, New York.

He was one of the founder members of the Amadlozi group.

1968 his works were reproduced in Encyclopedia Britannica.

He taught art at the Nyanga Art Centre and Community Arts Project in the Cape in the 1970s and 1980s.

Through all these years Cecil Skotnes has been as well known as a teacher and mentor as he has as an artist. If one could single out the most outstanding influence his parents’ lives had on him, then it is surely this: the value of one’s achievements can be measured in the things that one leaves behind. For Cecil, this is to be understood not only as one’s material effects—but also in the way in which one is able to change the lives of others for the better. For Cecil, his lifelong mission has been to nurture talent and encourage creativity, particularly in places where the apartheid government had deliberately excluded this possibility. The effect of this has been a major contribution to the diversity of South African art

In 2003 he was awarded the Order of the Ikhamanga (Gold) by the South African government for his contribution to South African art.